Download full The Spanish Civil War Book or read online anytime anywhere, Available in PDF, ePub and Kindle. Click Get Books and find your favorite books in the online library. Create free account to access unlimited books, fast download and ads free! We cannot guarantee that book is in the library. READ as many books as you like (Personal use). 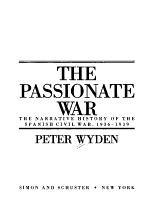 Authors: Peter Wyden
Categories: Spain
"The Spanish Civil War was fought from 17 July 1936 to 1 April 1939 between the Republicans, who were loyal to the established Spanish Republic, and the Nationalists, a rebel group led by General Francisco Franco. The Nationalists prevailed, and Franco ruled Spain for the next 36 years, from 1939 until his death in 1975."--Wikipedia. 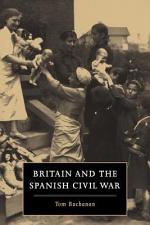 Britain and the Spanish Civil War

Authors: Tom Buchanan, Reader in Modern History and Politics Tom Buchanan
Categories: History
This book offers an interpretation of a foreign conflict that has had a greater impact on modern British politics than any other. 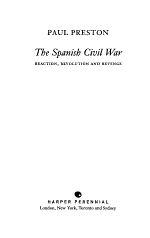 Authors: Paul Preston
Categories: Politics and government
The definitive work on the Spanish Civil War, a classic of modern historical scholarship and a masterful narrative. 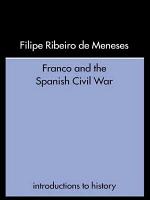 Franco and the Spanish Civil War

Authors: Filipe Ribeiro De Meneses
Categories: History
Franco and the Spanish Civil War is a wide-ranging and insightful analysis of the origins, course, and consequences of the conflict and of Franco's role within it. It offers a broad view of the war through a survey of the social and cultural dimensions, as well as the military and political ones. In particular, it traces Franco's meteoric rise to power, his conduct in the war, and his long subsequent rule. This authoritative introduction illuminates the many different interpretations of the conflict by examining a variety of perspectives. Franco and the Spanish Civil War places the war in its national and global contexts, exploring both nationalist and republican points of view, and giving attention to foreign participation in the conflict. 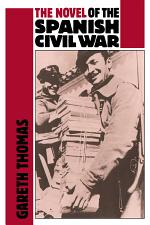 Authors: Gareth Thomas, Head of the School of Law Gareth Thomas, Thomas Gareth
Categories: Language Arts & Disciplines
This is a major English study of the novels of the Spanish Civil War. The book is based on an analysis of some eighty Spanish novels, written in Spain and abroad (in exile) during the Franco period (1936-1975), in which the Civil War is the major theme. 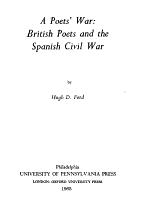 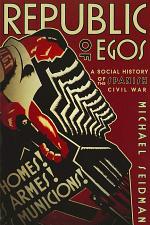 Authors: Michael Seidman
Categories: History
Most histories of the Spanish Civil War (1936–1939) have examined major leaders or well-established political and social groups to explore class, gender, and ideological struggles. The war in Spain was marked by momentous conflicts between democracy and dictatorship, Communism and fascism, anarchism and authoritarianism, and Catholicism and anticlericalism that still provoke our fascination. In Republic of Egos, Michael Seidman focuses instead on the personal and individual experiences of the common men and women who were actors in a struggle that defined a generation and helped to shape our world. By examining the roles of anonymous individuals, families, and small groups who fought for their own interests and survival—and not necessarily for an abstract or revolutionary cause—Seidman reveals a powerful but rarely considered pressure on the outcome of history. He shows how price controls and inflation in the Republican zone encouraged peasant hoarding, black marketing, and unrest among urban workers. Soldiers of the Republican Army responded to material shortages by looting, deserting, and fraternizing with the enemy. Seidman’s focus on average, seemingly nonpolitical individuals provides a new vision of both the experience and outcome of the war. 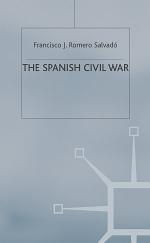 Authors: Francisco J. Romero Salvadó, NA NA
Categories: History
The Spanish Civil War was more than a fratricidal struggle. Nobody could have predicted in July 1936 that a failed military coup could give way to three years of vicious conflict, transcending national barriers and arousing passions and divisions throughout Europe. In one form or another, all the great powers were involved in the affair. Yet it was the appeal to common people which surrounded the war in Spain with special nostalgia and romanticism. Seen by many as the first opportunity to defend democracy and prevent the growth of Fascism, the Spanish Civil War became the 'last great cause' - an almost epic struggle in which thousands of men and women went to fight as volunteers in, what was for many, a distant and unknown country. The Spanish Civil War - provides a comprehensive and thorough analysis of this fascinating and complex subject - examines the social and political polarisation of both the Bourbon Monarchy (1874-1931) and the Second Republic (1931-1936) - offers an original and gripping account of the political, social and military impact of the conflict on the two warring Spains - explores the crucial international dimension of the war - considers the legacy which was ensured by the establishment of a dictatorship whose primary objective was the persecution and punishment of the vanquished. Clear and concise, this is the essential guide to one of the most terrible wars of the twentieth century. 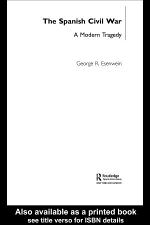 Authors: George R. Esenwein
Categories: History
This exciting collection of primary sources on the Spanish Civil War uses military and political documents, media accounts, and contemporary propaganda to create a representative and illuminating survey of this enormously complicated event more than sixty-five years after it ended. Structured chronologically from a full introduction which delineates the field, this book ranges from the origins of the uprising against Franco through to its turbulent aftermath. It clearly outlines key points in the conflict and highlights the little-known roles of race and gender in determining the war’s outcome. The book also unearths many rare sources for the first time and reveals the variety of perspectives held by those immediately involved in the war. This is an ideal resource for all students of history and military history.

Authors: Alison Ribeiro de Menezes, Antonio Cazorla-Sánchez, Adrian Shubert
Categories: Language Arts & Disciplines
This interdisciplinary collection of essays examines contemporary public history’s engagement with the Spanish Civil War. The chapters discuss the history and mission of the main institutional archives of the war, contemporary and forensic archaeology of the conflict, burial sites, the affordances of digital culture in the sphere of war memory, the teaching of the conflict in Spanish school curricula, and the place of war memory within human rights initiatives. Adopting a strongly comparative focus, the authors argue for greater public visibility and more nuanced discussion of the Civil War’s legacy, positing a virtual museum as one means to foster dialogue. 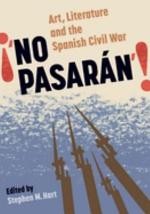 Authors: Stephen Hart, Stephen M. Hart
Categories: Literary Criticism
The six essays collected in this volume are a selection from a number of papers which were given at a one-day colloquium on 'Art, Literature and the Spanish Civil War' which was held in Westfield College on 18 July 1986, precisely fifty years to the day after Franco's military coup in the Canary Islands, which was destined to have such a decisive effect on the course of Spanish history. Though this date subsequently became a Francoist celebration - the so-called 'Dia del Alzamiento' (Day of the Uprising) - the papers collected here do not demonstrate a Francoist bias. The overall approach is intertextual and interdisciplinary, thereby stressing the international nature of the artistic response to the war. For the benefit of the English reader, all foreign quotations are followed by an English translation. 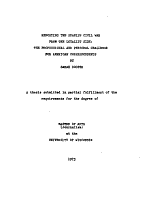 Reporting the Spanish Civil War from the Loyalist Side